Posted at 18:36h in Rarewoods News by owner 0 Comments
0 Likes

In South Africa where we had cheap wood and cheap and plentiful labor (as a result of a heart-breaking 65% unemployment rate) we built solid wooden racks, which over time are looking dangerously not four-square. Here in the USA there are brilliant interlocking steel racks that slot together like Meccano and can be bought cheap on the internet. 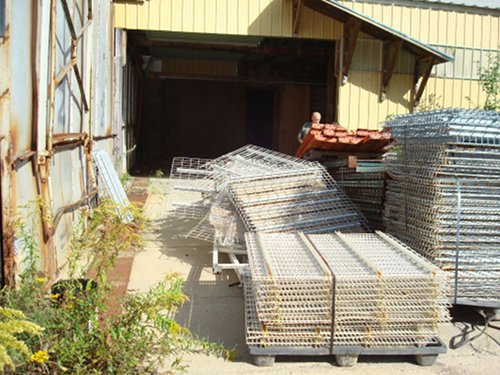 We had lots of fun assembling them and my boss (my wife Jenny) gave a hand with the hammer on the first batch and even had fun driving the forklift. As the racks came from different manufacturers there was some ingenuity required in assembly (and also some ingenuity in keeping the marriage going) so for the second lot I used a local crew and now we have approx 165 racks which are filling up rapidly. 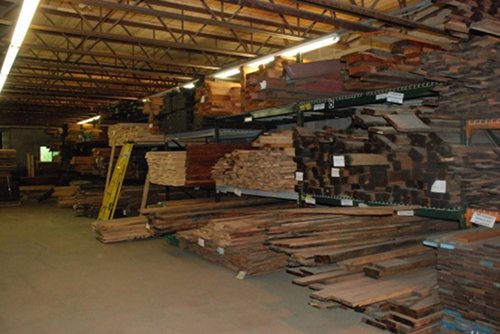 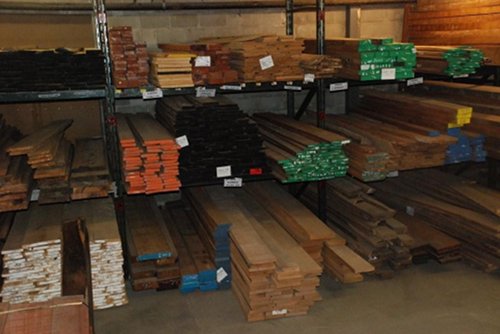 Now stacked, labeled and ready for you

I am constantly amazed at how fast the world is changing. The second lot of racks we bought came from Alabama and were bought on the IRS Auction site (see www.irsauctions.com) which I find brilliant for woodworking equipment. I bought them whilst I was in Cape Town, South Africa via my computer. After paying I had two weeks to find a transporter to take to Maine (an expensive exercise) but we also had to find a rigger as they were in poor shape. Lots of fun but we sorted it all out on Skype (another great service!) and we saved about 50% over new stuff. Only later did I find that I could get good second hand stock at same sort of price much closer to home, but I’m not going to beat myself up too much.