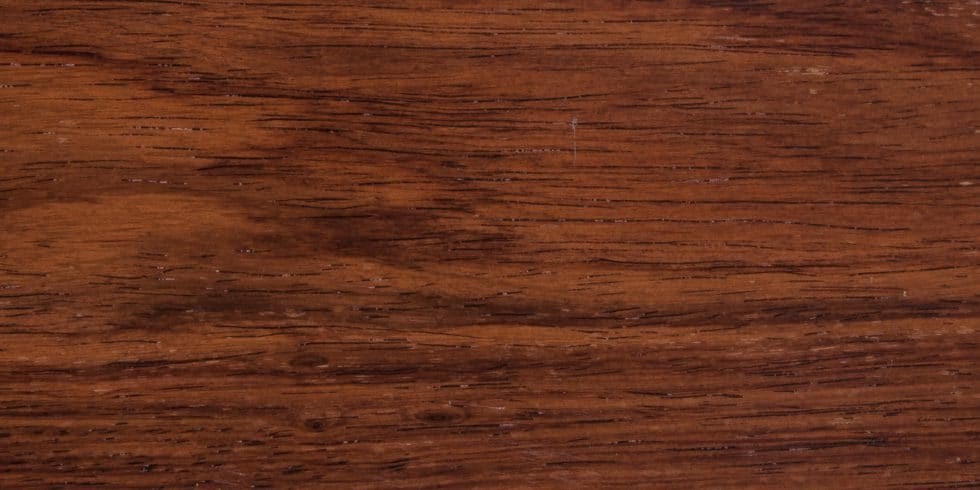 Siamese Rosewood, a.k.a. Vietnamese Rosewood, is one of the most dense, dimensionally stable rosewoods. The wood is derived from large evergreen trees which grow in open, semi-deciduous forests. It’s primary heartwood colors are typically confined to varying brown hues, although secondary colors of red, orange and yellows are commonly present. (Sap is a pale yellow, and easily distinguished.) Its pores are very small by rosewood standards; it sands smooth and finishes beautifully, with a wonderful natural luster. It is typically straight grained, although grains are occasionally interlocked. It is considered to be one of the most dense, stable and durable of all rosewoods.

Because of these properties, Siamese Rosewood has remained extremely popular with Chinese furniture builders — and which has also made it, for many years, a popular target for poachers. This has led to its current ‘near extinction’ status.

Wikipedia had this to say with regard to Dalbergia Cochichinensis: “Siamese rosewood is denser than water, fine grained, and high in oils and resins. These properties make the wood dimensionally stable, hard wearing, rot and insect resistant, and when new, highly fragrant. The density and toughness of the wood also allows furniture to be built without the use of glue and nails, but rather constructed from joinery and doweling alone. Unfortunately, it has been the demise of this species at the hands of regional neighbors, China, which has placed it on the verge of extinction and is its tragic modern legacy. The incredible demand for it in this new millennium was accelerated prior to the 2008 Olympic games, in Beijing, and continued with the new construction boom the country has experienced.

This species is listed in CITES Appendix II, and is categorized as “Vulnerable” on the IUCN Red List of Threatened Species; part of the Dalbergia -genus worldwide exportation ban.

We are unlikely to get any more of this gorgeous species... so get some while you can!