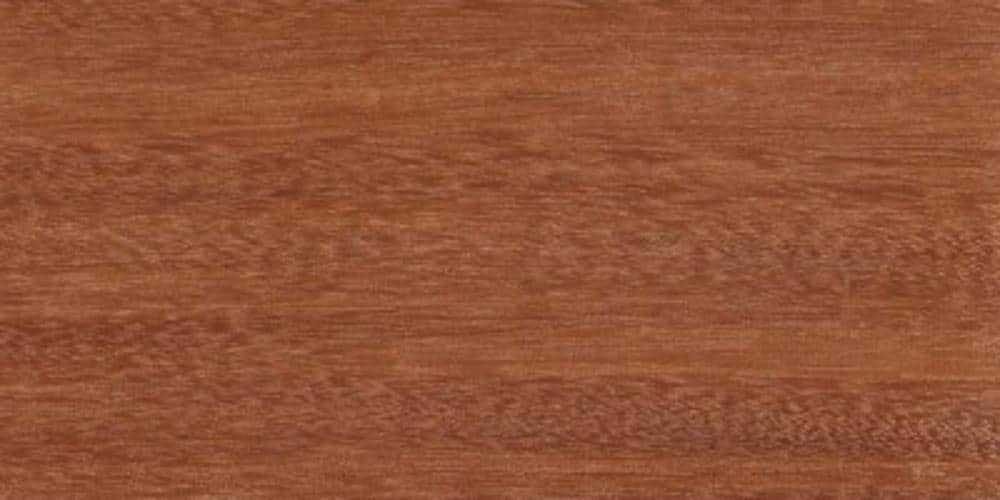 Although not a true (Swietenia-genus) mahogany, Santos Mahogany exhibits a lot of the same aesthetic characteristics. The heartwood ranges from a muted yellow-orange to (more commonly) a deep red in color. Pieces which feature dramatic figuring and chatoyance, like its namesake, are not uncommon, either. Its visual similarities are where the comparisons end, as the wood is considerably heavier and generally around twice as dense and hard as a typical true mahogany species.

Its grains are typically interlocked (though sometimes straight), making it difficult to work. The wood has a high natural oil content, which can make it difficult to glue but gives it a beautiful luster and renders an excellent finish. Its texture is typically not as fine as mahogany, shading more towards the ‘medium’ portion of the scale.

Not listed in the CITES Appendices or on the IUCN Red List of Threatened Species. (… considered to be a species of ‘least concern’ to CITES, presently.)

Its tough, very durable nature makes it a natural choice for more demanding applications, such as flooring -- where it remains a popular choice in the US. Unlike true mahoganies, this wood can be difficult to work -- having a blunting effect on blades and cutting tools, with its noted density, oily nature and interlocked grains.