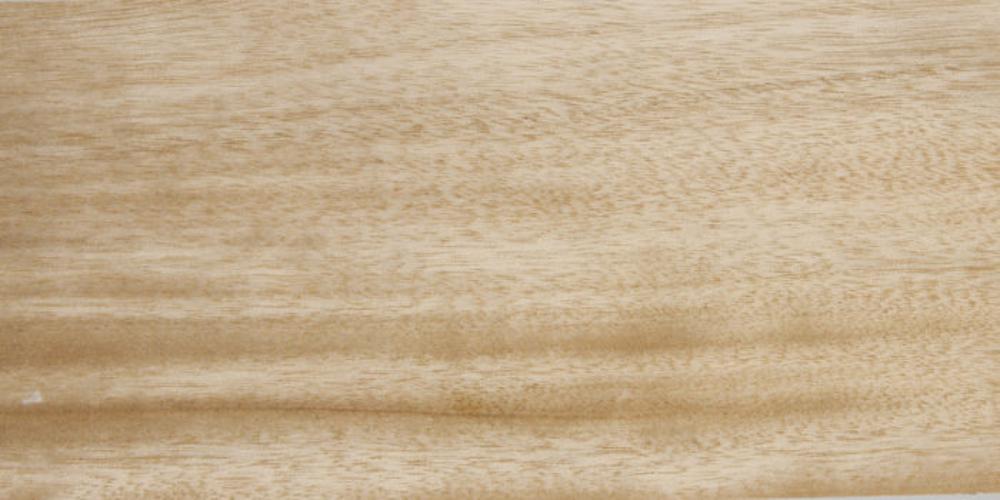 Avodire is native to West Africa and is sometimes utilized as a Mahogany substitute (which is appropriate, since both are in the Meliaceae family), with similar aesthetics and cooperative working properties. Typical colors range from a pale yellow to cream, and a variety of figured grain patterns are commonly found including wavy, mottled and ripple, typically accompanied by dramatic levels of chatoyance – which makes it very popular with veneer manufacturers. It’s sapwood can be difficult to differentiate from the heartwood. While its grain patterns can be straight, wavy, irregular or interlocked, its texture is fine and it has an impressive natural luster which has led to it being called African Satinwood.

This species is not listed in the CITES Appendices, but is listed as “Vulnerable” on the IUCN Red List.

Highly-figured pieces can be quite stunning. The wood is very stable in use and has an excellent strength-to-weight ratio. Avodire glues and finishes well and overall, has working properties very similar to Mahogany. Continued UV-ray exposure turns Avodire's color to more of a darker golden yellow.