East Indian Rosewood can vary greatly in color. Although its base color is mostly always brown, the shades can range from golden brown to purplish or dark reddish brown. Secondary colors are often present. The wood’s colors will darken with continued UV exposure. East Indian Rosewood is generally less dense than most other rosewoods. Its grains are typically interlocked (although they can be irregular or straight), which can make it difficult to work. Care must be taken when finishing the wood, as it is not uncommon for the wood’s natural resins to impose if it is not first sealed. It has a medium texture.

Since the exportation ban on Brazilian Rosewood, more than twenty years ago, it has become a popular substitute with corporate guitar manufacturers (electric and acoustic, alike) — due in large part to its historically steady supply and relatively low cost (compared with other Dalbergia’s). By comparison to Brazilian Rosewood, its pores are smaller, but it is also a very durable wood that’s not overly susceptible to bug damage/infestation and it is considered stable after drying.

Don’t confuse this species with Sissoo (Dalbergia sissoo) which can also be referred to as¬† “Indian Rosewood” in certain locales. It is believed that Sonokeling: a true Dalbergia indigenous to Indonesia — where it is also known as “Jacaranda” is also Dalbergia latifolia, however tree farmers in Indonesia are not in agreement with this assessment. Our research into Indonesia and the cultivation of rosewood trees there revealed that back in the 1700’s, while the Indonesian islands were considered a colony of Holland, Dutch merchant colonists transplanted two major Dalbergia’s to Indonesia: Dalbergia Nigra (Brazilian Rosewood), from Brazil, and Dalbergia sissoo (Indian Rosewood), from India.¬† This could well be a botanical mystery worthy of further investigation for the detail oriented student of the Dalbergia genus. 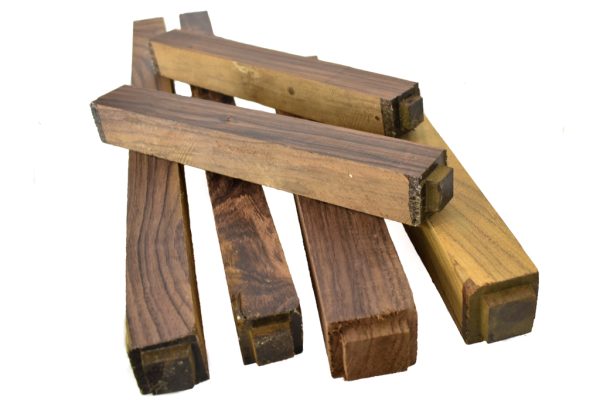 Turning Squares – Rosewood – East Indian
TURNROSEEI1001
" x " x "
Our East Indian Rosewood turning blanks come in range of sizes and are excellent quality lumber.The sizes are all rough-guides, but are basically accurate.If you have very strict size criteria, please just drop us an email to confirm they will meet your expectations.The photographs are representative of the stock you will receive.  You won’t necessarily receive surfaced blanks. 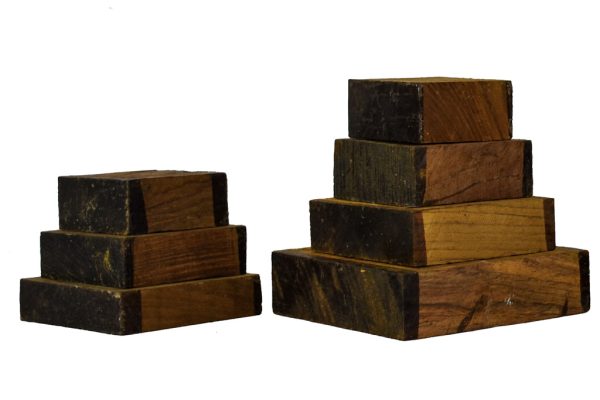 Bowl Blanks – Rosewood – East Indian
BOWLROSEEI1001
" x " x "
Our East Indian Rosewood Bowl Blanks come in range of sizes and are excellent quality lumber.The end-grain as been sealed.  The sizes are all rough-guides, but are basically accurate.  If you have very strict size criteria, please just drop us an email to confirm they will meet your expectations.The photographs are representative of the stock you will receive.  You won’t typically received surfaced blanks, but we surface a few on the photographs to give you an idea of what the lumber looks like. 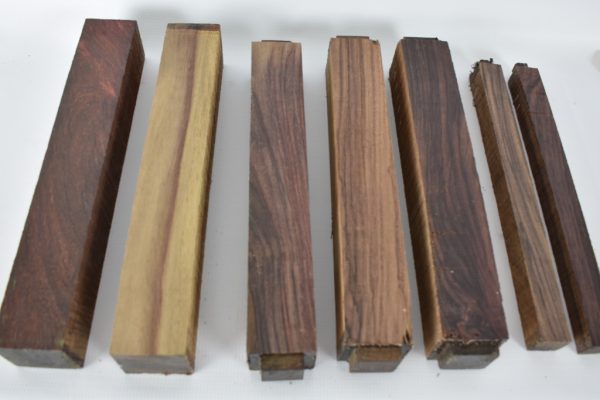 Fingerboard – East Indian Rosewood
FINGERROSEEI1001
0.3" x 2.25" x 20"
East Indian Rosewood Fingerboard20.0″ x 2.25-2.75″ (taper) x 0.30″ (within 0.3″ on length, width tapers)Manufactured with luthiers in mind, but excellent blanks for box-making and other smaller itemsPhotographs are representative of what you will receiveIf you have a strict dimensional requirement, please contact us to confirm we select the correct dimensions for you.